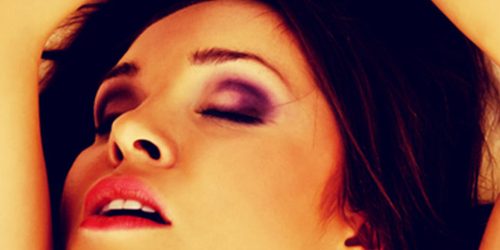 How to enhance your orgasm?

Difficulty in getting an orgasm enhancement is the most common sexual complaint reported by women. Although this is a relatively rare condition among men, many women have difficulty reaching orgasm reliably and readily, despite the fact that there are few physical conditions that are insurmountable obstacles to orgasmic attainment.

Sexual Satisfaction among women is particularly intriguing because female orgasm enhancement is so variable. Sexual satisfaction and orgasm enhancement among heterosexual, bisexual, and homosexual women have no significant difference in the number of orgasms experienced. Few women are instantly and reliably orgasmic with a minimum of stimulation, whereas other women require concentrated stimulation in a particular fashion for extended periods of time for orgasmic release to be triggered. The psychological and cultural valuation and meaning of orgasm are complex.

Either if you’re a woman who’s diving into improving your sexual experiences, or you’re a guy who’s wondering why your lady isn’t getting off as often as you’d like, you’re probably looking for the big secret to female pleasure. That’s a great start, but the answer goes deeper than you might expect.

Orgasm enhancement is a full-body experience that includes rhythmic muscle contractions in and around the vagina, faster heart rate and breathing, raised blood pressure, and other exciting phenomena like goosebumps or flushed and rosy skin. In fact, female orgasm enhancement activates almost every part of the brain, so it really can be mind-blowing!

Benefits of having an orgasm enhancement:

Attaining an orgasm often helps you by:

To discover the secrets to orgasm, you need to understand completely on what is happening in your genitalia. The most common way for a woman to reach orgasm enhancement is through clitoral stimulation, although some women also orgasm from stimulation of their G-spot, nipples, or even less obvious erogenous zones like earlobes or neck.

Although orgasm is not the sine qua non of sexual exchange for most women, the ability to have one is often reassuring and self-validating. Fortunately, there are a plethora of treatment options available for female orgasmic problems like G-Shot and O-shot.

So, don’t hesitate, there is no reason to be shy. Love yourself and enjoy the sensuous effects of your forever young pink button.

Some basic issues regarding Sexual dysfunction have yet to be resolved and the remedy for it is Female orgasm enhancement. Sexual Dysfunction has various causes such as:

Some basic issues regarding Sexual dysfunction have yet to be resolved and the remedy for it is Female orgasm enhancement. Sexual Dysfunction has various causes such as:

The O-Shot, or Orgasm Shot is a nonsurgical procedure that uses the growth factors from a woman own body to stimulate vaginal and clitoral rejuvenation thus intensifying the female orgasm.

The O-Shot procedure would commence withdrawing a blood sample. Then the growth factors in platelet-rich plasma (PRP) are extracted from your blood sample and injected into an area near the clitoris and into the area of the upper vagina which plays a crucial role in sexual response.

G- Shot (G-spot Amplification) is a simple, nonsurgical, physician-administered ten minutes outpatient treatment that can augment the Grafenburg spot (G-Spot) for a short period of time in sexually active women with normal sexual function.The G-Shot involves injecting Hyaluronan (Collagen) directly into in a highly sensitive zone in the vaginal wall or the G-Spot. By expanding this area, it increases friction and stimulation to the G-Spot thereby enhancing sexual response to those who are able to achieve orgasm by vaginal stimulation.

How long will the procedure take and is there any pain?

The total procedure will be less than 30 minutes. No use of any anesthetic so there is no pain or discomfort. There is no downtime and most patients return to their daily activities immediately. It is advised that patients abstain from intercourse for a 3 day period.

Will Orgasm Enhancement work for you and how long do results last?

Every participant is different and results will vary from patient to patient. The majority of women who undergo the procedure will see a healthy increase in their sexual response. Many patients describe the increase as dramatic.

Although it varies from patient to patient, most women choose to repeat the procedure about every 6 months.

Is there any risk?

There is no such thing as a risk-free procedure but the O Shot and G shot is administered by a highly trained Surgeon who specializes in this technique. It is considered very safe and is well tolerated. The FDA has approved the use PRP and Hyaluronan for the procedure and it is in wide use in many medical procedures.

Benefits of the procedure:

The outcome of female orgasm enhancement for orgasmic problems is quite positive. Women benefit from permission and encouragement to have a sexual arousal, they also benefit from validation of the fact that they are entitled to sexual pleasure.

Additional reported benefits include improvement in painful intercourse and urinary symptoms including urinary incontinence. Further benefits can be obtained by combining laser vaginal resurfacing and PRP therapy for maximal rejuvenation of urinary, vaginal and orgasmic function.