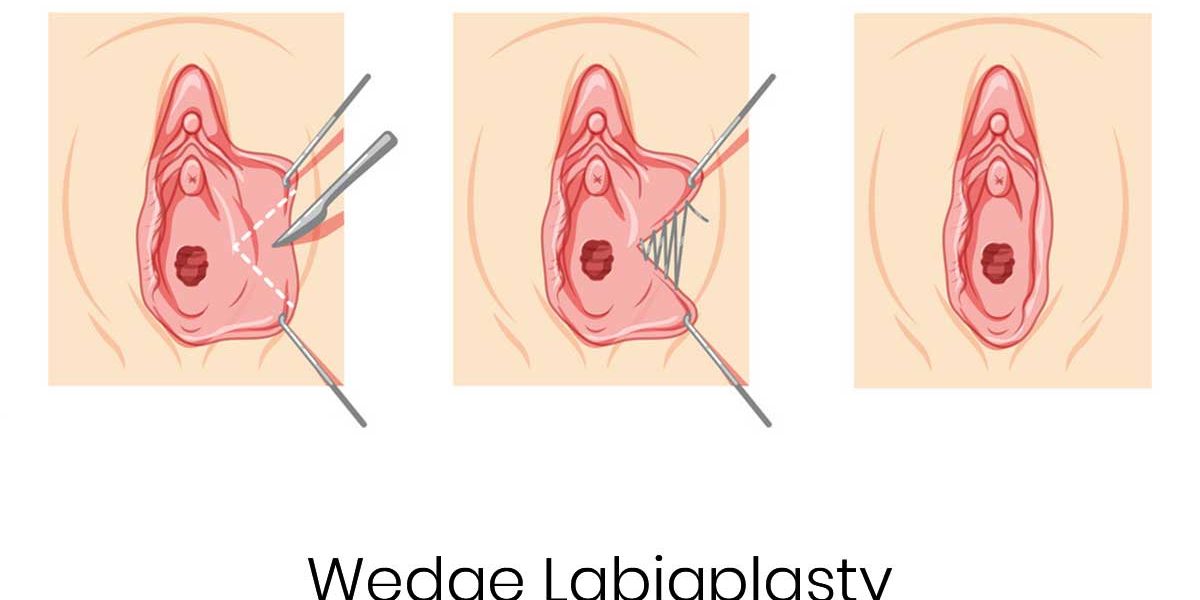 With age, vaginal childbirth, trauma, the muscles around the vagina become loose deforming the vagina. Many women see that the inner lips grow and sag making them uncomfortable when they undress, wear a bikini etc. A relatively loose vagina can also give less sexual pleasure to the woman. For these reasons, many women opt for labiaplasty.

Labiaplasty is done in two ways:

In this procedure, the outer edges of labia minora are trimmed off, making the size of the lips smaller. This procedure also removes the darker portion of the labia majora which is the very reason why many women undergo the procedure. If there is too much labia sagging, more tissue is cut off from the edges to make them smaller.

In wedge labiaplasty, a V shape incision is made on either labia minora. The V shape tissue is totally trimmed off and the remaining labia is stitched up. This shortens the labia that has been sagging. However, the darker part at the edges is not removed completely like that in the trim labiaplasty procedure. That’s one major reason why cosmetic gynaecologists prefer to trim off the labia minora during a labiaplasty procedure.

Which labiaplasty procedure is right for you?

Your doctor is the right person to decide whether trim or wedge technique has to be used for the procedure. Once you speak with your doctor and tell him/her your concerns, he/she will let you know the best fitting procedure.

Cost of labiaplasty in Chennai, India

Average cost of labiaplasty procedure is around Rs.40,000/-. The cost varies depending on the specialist performing the procedure, cost of the operation theatre and the location of the hospital. Usually hospitals in metros charge more than those in tier 2 cities.

The cost may go up if any other procedures such as hymenoplasty are combined with labiaplasty.